From Beneath
It has been waiting... Inside you.
SYNOPSIS: Jason is bit by a strange leech-like organism while on vacation with his girlfriend, Sam, at her sister's secluded ranch. The bite begins to transform Jason, and now the couple must figure out what really happened to Sam's family while Jason battles his physical and emotional disintegration. 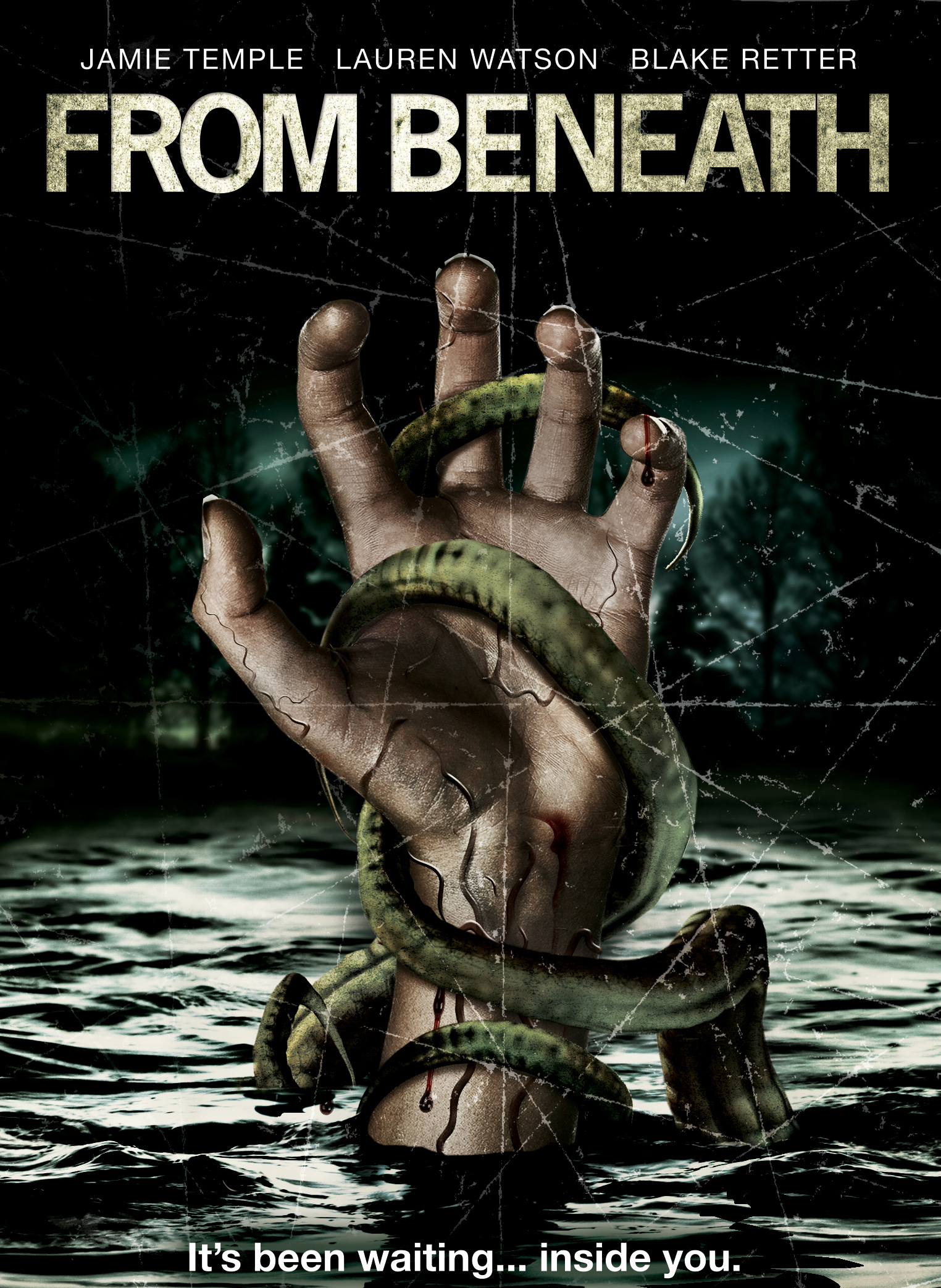